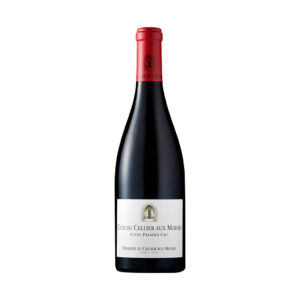 There are six different plots of Pinot Noir within the Clos, on varied soils and with vines of different age and character. This allows for the grapes – after careful sorting – to be fermented in separate vats. In 2019 the Pinots were picked over five days, according to how the plots had ripened. No de-stemming took place for five of the six vats, then the wines were tended separately, in small and 400-litre oak barrels of different ages, approximately one third being new, sourced from only the best coopers. This final blend was not made until 18 months after the harvest, when it became apparent exactly how best to achieve superb richness with harmony, and the appropriate ageing potential. This 2019 has impressively deep, purple-ruby colour, with richly perfumed, fully ripened aromas of real finesse. Palate is well-structured, with dense fruitiness, sustained flavours all the way though, then rounded tannins and lovely length (for drinking 2022-2030+).

2015 was the first vintage we offered from this superb estate, which has been going from strength to strength since Catherine and Philippe Pascal bought the property, and started their investments into it, in 2004. The buildings and vineyard date back over 8 centuries, to when a nearby Cistercian Abbey chose this south-facing hillside to plant vines and build their cellier. They made the wine until the French Revolution, after which the land was sold and divided.

The Pascal family bought the Historic Monument in 2004, then acquired many of the original, surrounding vineyards. They are perfectly situated at the centre of a south-facing Givry 1er Cru hillside. In 2015, the Domaine completed the construction of a unique full-gravity winery. Built in the old quarry of Givry, downhill from the cellier, this winery works on four levels, from grape sorting, down to fermentation, then barrel ageing, assembling and bottling, with no pumping. Oxidation of juices and wines during all processes is efficiently minimised. Three levels of the four are underground, allowing optimal temperature and humidity control, with minimal energy consumption.

They have added new plantings of carefully selected, low-yield Pinot Noirs to their old-vine plantings. Since 2006, no herbicides or pesticides have been used, and regular ploughing was re-introduced. Over recent years, white vineyards have been added to the estate, and wine-maker Guillaume Marko is proving as adept with Chardonnay grapes as he is with the Pinots. Guillaume is a Dijon-trained oenologist, who worked several stints at top Côte de Nuits domaines, before coming to Givry.