2016 is an outstanding vintage for Red Bordeaux.
After 7 days of extensive tastings in early April, here are our buying team’s impressions of the 2016 vintage.

Overall Impressions of the 2016 vintage

During the first half of the year, as much rain fell on Bordeaux as is normally seen over 12 months. Fortunately, the weather turned dry and sunny for most of the flowering period in June, which went through speedily. So a plentiful crop was in prospect, and one where grapes and bunches would come to ripeness within a narrow window, to be picked at optimum moments. This is an important quality factor, and the early rainfall proved beneficial, for the summer was to be very dry. The accumulated water reserves were vital to the vintage’s success.

July had significantly less rain than the 30 year average (1981-2010), with 10% more sunshine. August had only 20% of normal rainfall, with 30% more sunshine. There was a heat-wave in early September, but mercifully, rainfall came in the middle of the month, allowing those vines which were heat-stressed to spring back to life. The grape-ripening process then proceeded smoothly, with warm days and cool nights allowing precious acidity to be conserved. Virtually no rain fell at all during the harvest period, which went through smoothly and calmly, with growers being able to wait for their individual plots to reach full ripeness.
We saw great successes in the northern Médoc, particularly Saint-Estèphe, where the influence of the Atlantic and the wide estuary of the Gironde kept the climate cool. The great, central Haut-Médoc communes of Pauillac and Saint-Julien saw their plantations of Cabernet Sauvignon being brought to perfect ripeness, thanks to the dry, sunny days of October, just prior to harvest. It is rare to find such classic Cabernets, sumptuously fruity, while freshly ripe. In Margaux, as in 2015, many gorgeous wines have been made, with Merlot often contributing importantly to the successes. Throughout the region, we found lighter alcohol levels than in 2015, with tannins and acidity in perfect balance.

Pessac-Léognan – historically the birthplace of many of Bordeaux’s greatest wines – is a superb source of top reds in 2016, with Petit Verdot often now adding its complexity to the more widely-planted Cabernet Sauvignon and Merlot.

On the Right Bank, 2016 is undoubtedly superb in Pomerol, and our opening selections from Ets. Jean-Pierre Moueix will be released very shortly. Several Saint-Emilion properties have also pulled off brilliantly the challenge of bringing their grapes to perfect maturity, while avoiding over-ripeness and over-extractions.

Behind the Scenes of En Primeur

There is a danger that prices may become over-heated this Spring. As we have written before, the now-common habit for journalists to rate wines before their prices have been declared is pernicious, and works against the interests of consumers. Château-owners, and the Bordeaux négoçiants who distribute many of the wines, benefit financially from wine-writers’ premature judgements. The unhealthy association between press and Bordeaux trade contributes to excessive prices being asked, and often destroys the logic of buying en primeur – as château-owners inflate their opening prices, because their wines have been highly praised.

As wine-merchants, we would not dream of laying our cards on the table while the game is being played. Until they have been established, we are fully engaged in ensuring that prices are as low as possible – in order to enhance and multiply your future, drinking pleasures!

One of our Cardinal Rules for buying En Primeur is “Only buy top quality wines, ideally with a track record for improving during ageing, whose prices look unlikely ever to be cheaper than those at which they open.” If mature versions of the same wine can be bought at a similar price, the logic of buying En Primeur is deeply questionable.

Bearing the above in mind, it is thrilling to navigate through Bordeaux’s intricate system and secure dependable, delicious bottles, by buying early. Our combined experiences of young Bordeaux go back to harvesting the 1964 grapes, to buying En Primeur from the 1969 vintage onwards, and to offering the wines – in an increasingly major way – since the vintage of our firm’s foundation, in 1978. Today, the selections are made following multiple tastings over 7 days in early April by the buying team of Siobhán Astbury, Jim Eustace, Will Bannister, MD Nicholas Clark and the under-signed. This is always one of the most challenging, exhilarating wine-buying exercises in the world of wine, and we urge you to contact us as the 2016 campaign proceeds for our daily news and recommendations.

We will soon be releasing an offer of the Right Bank wines from Ets. Jean-Pierre Moueix. If you do not already receive our email or posted offers, please let us know and we will gladly add you to our list. As the 2016 campaign unfolds, we will not bombard our customers with emails as wines are released – instead, the wines will appear on our website and an email update will be distributed at the end of each week. Our full list of selections will be published as soon as our purchases are complete. 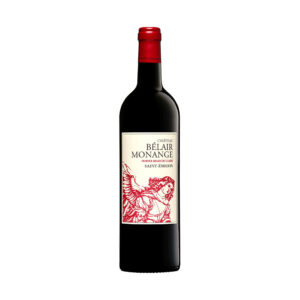